Can we avoid possible decays by having them filled in advance?

No.The best way to avoid decays are good oral hygiene and regular check-ups which will prevent decays to form.

Nowadays we have fillings that bond to tooth structure and then again materials like amalgam that only hold to the cavity.That is why dentists used to implement retentive methods to secure amalgam fillings not to fall out.This  includes to prepare some retentive groves in the cavity after removing the decay and extent the cavity to give the filling a better retention. But with composite fillings there is another scenario where we bond the filling to the tooth by using some chemicals without the need to take extra retentive measures even in the back teeth with a big reliability. After the preparation of the cavity is performed the filling material is sculptured to its anatomical shaspe and if it is acomposite filling it is light cured.

Which Filling Materials are available?

By selecting the right filling material the dentists put a big emphasis on the indication,namely whether the filling is going to be a back filling which is suppososed to bear high occlusal forces or whether  is it a font teeth that esthetic values are in the first place to concider. Now we want to give you some ideas of a few filling types.

Amalgam fillings are also named as silver fillings. They are prepared by amalgamating the silver,tin and copper alloy with mercury. Mercury makes %45-50  of the compound and acts as a bond between the metals resulting in a highly strong filling.Amalgam which is  improved through  the almost 150 years that is on the market has widely served and is still serving  to maintain teeth in mouth.

The mercury in amalgam fillings is scientifically not proven to be hazardous. Since when mercury amalgamates with other metals the chemistry changes and becomes harmless. The mercury that is suggested to come out while eating and chewing is less than the amount we take by drinking water eating or inhaling. Scientific research till now could not  proof with scientific evidence that mercury in amalgam fillings are life threatining and although claimed that removal of amalgam fillings healed some illnesses like parkinsons disease it is still not proven.

Amalgams are still the lest expensive,durable and harmless filling materials. It is estimated that more than a billion amalgam fillings are placed  a year.Compared to other filling materials yhey require less time and are less tecnique sensitive.Composites,god or porcelain fillings are far more expensive and require more attention and apart from  gold they are  not as durable as amalgam.We have to add that contrary to what has been said in favour of amalgam fillings they are the worst fillings looking from the leakage point of view which with composites gold and porcelain fillings is not as bad as it is with amalgams, which is the primary cause for secondary decays that form underneath amalgam. That means although thay remain in place they have the problem that they do not bond to the tissue which is the primary reason for suddenly breaking cusps of teeth. Amalgam  is not indicated for people allergic to mercury,which is a very very small portion of the population.If not requirered amalgams do not need  to be replaced since  it is waste of money and waste of tooth structure which may happen during renoval of the old filling.

Warnings after the amalgam restorations

The patient is asked not to use that site for at least 1-2 hours and not to bite hard on that side for the 24 hours.For burnishing another appointment has to be set up with the patient. This will not only allow the metallic values of amalgam to improve but at the  same time to evaluate the anatomical and functional  situation of the filling after it has started to function.

After amalgam restorations patients may feel a discomfort about  cold and hot sensitivity which disappears within a while.But rarely due to different metals in the mouth ther may be an electrolitic transmissiıon between different metals for instance between amalganm filling and ametal crown. In those cases after being sure of the fact the metalic filling or restoration has to be changed with a nonmetalic one.

Composites are tooth coloured fillings that are indicated mostly in front teeth restorations. But the technique and the composition of the material with  the newest generation of the bonding agents that were improved lately , allow us also to restore molar teeth with composites as well withg a high success rate. These fillings are placed in the cavities by small increments and each increment is light activated by a led light or halogen light source. They are esthetic and economical.They are very conservative since there is no need to drill extra tooth substance, because they are bonded to tooth through a special bonding technique. During light polimerisation they shrink very little,so they are not as durable as porcelain  indirect restorations. They may change colour according to  consumption of  discolouring agents such as cigarettes,tea,coffee,coke.

How are composite fillings done?

These fillings are placed in the cavities by small increments and each increment is light activated by a led light or halogen light source.Later the fillings are adjusted according to anatomical guidelines an occlusion. All this procedure takes longer than with amalgam
fillings.They are more expensive than amalgams. Aproximately they last 7-10 years.But with larger filling  the success rate is a bit lower.

The biggest advantage of those fillings  is the esthetic value.And apart from this they bond to the tooth structure, they need less tooth preparation  and so they are much more conservative, they support the tooth structure better and tend less to break ,they transmit heat differences less. They are also used to change colour texture and shape of the teeth.The biggest disadvantage for those fillings is that there may be a postoperative sensitivity  and discolouration according to habbits.

With composite restorations the polishing can be done at the same appointment. but for large fillings or multiple composite restorations it is better to fix a second appointment with the patient to  check the premature contacts and do the adjustments for esthetic and functional reasons in case it is needed.Sometimes patients with larger cavities may experiencev some sensitivity problems after the restoration which should be reminded that it will fade away soon.With these fillings big losses are replaced so the patient has to bear in mind that he has to be carefull while biting in order to extent the lifespan of the restoration. Another warning that has to be made to the patient is that he has never  to forget no matter how beatifully it is plished with large restorations we may have discolouring problems according to the patients consumables.The last but not the least to mention is that patients with large facial composite fillings should not be using hard brushes.

Inlays and onlays are fabricated, casted restorations thar are indicated for very large tooth losses which otherwise need to be crowned.After removing the decay and shaping the cavity impressions are taken and sent to the laboratory for eather gold ,composite or porcelain inlays and onlays. after yhey arrive from laboratory they are bonded in place with special cements and tecniques.They require special and precise tecniquesİnlaylar-onlaylar döküm, dolgulardır.

Porcelain and Composite Inlays and Onlays

The composite and porcelain fillings derived from needs.Cases where the interproximal spaces ( spaces between back molar teeth ) can not be sculpted good enough directly with composite fillings, cases where tooth loss dictates  otherwise the tooth to be crowned and cases where the patient wants to see esthetically pleasing restorations in his mouth  dictated the industry to do more research in materials. In addition to that the new generation of bondings contributed a lot for the development of laboratory fabricated composite and porcelain fillings. 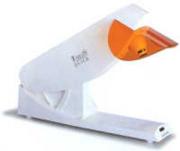 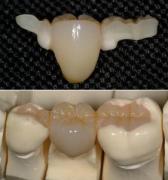 A special  filling which is produced from a durable strong resin based plastic derivative and is bonded with special tecniques. 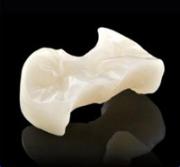 Among the contemporary materials that we use today it is the closest material to tooth in terms of physical properties. After decay has been removed the impression of the tooth is sent to the laboratory.The interproximal spaces  (spaces between two teeth) can be perfectly created.Through a precise and  advanced technology  the fillings are  pressed  so that ideal esthetics, minimum microleakage, a similar toughness (does not abrade dentition like many other porcelains) compared to natural tooth is achieved by having the advantage of not wearing like composite fillings. The fact that it does not need to cut the whole tooth to make a crown has also be taken into account as one of the biggest advantages of the system.